This time last week I was coming to the end of day 1 at the 2011 Institute of Translation and Interpreting conference, held at the NEC. The theme of the conference this year was ‘Expanding Horizons’, which for me seemed very apt as this was not only my first ITI conference but my first conference as a freelance translator.

The agenda was jam-packed with very useful and interesting sessions; my selection included ‘Better Web Searching’ from Andy Walker, ‘No Translator is an Island’ from Isabel Hurtado de Mendoza & Betti Moser, ‘Recession and Beyond: A snapshot of freelance translators’ from Janet Fraser & Michael Gold, and ‘My Portable Office’ from Ana Luiza Iaria, to name some of the best.

‘Better Web Searching’ was a fast-paced session of lesser-known web searching techniques, and ways to force Google to perform very precise searches. The focus of the session was on using these techniques to return bilingual results, particularly if part of the phrase or term is known but the exact usage requires verification.

‘No Translator is an Island’ at first appeared to be a more ‘philosophical’ session from the title, but it quickly became apparent that this would be one of the more invaluable sessions from my perspective. In small groups, we were given different scenarios such as ‘A regular client has asked you to put aside time to complete a large job by a specified date. Having agreed, the client delivers the source material to you three weeks late. How do you proceed?’ which we then discussed in our groups and presented our conclusions to the rest of the room. For me this was a great opportunity to learn from the experience of more established freelancers, particularly as every scenario was genuine and had been experienced in one form or another by most people in the room! During this session I was also delighted to find I happened to have sat at a table alongside two other translators from Cornwall.

‘My Portable Office’ revealed Ana Luiza’s top ten tips for the travelling translator; everything from a very nifty carry case for all the gadgetry you could possibly need, to how to use your phone as a modem, covering topics such as online file exchange sites like Dropbox, internet-based communications like Skype and timekeeping widgets in between. A very concise, useful and practical session from which I will use nearly all the tips.

‘Recession and Beyond’ presented the updated results from a survey of freelance translators that Janet and Michael first took in 2000. Following the recent recession, they revisited as many of the original respondents as possible to see how the recession had affected them and their business. Their results are somewhat surprising, since it seems that the outlook is not all doom and gloom – when asked ‘Do you feel the recession has negatively affected your business over the last two years?’, the response was 42% yes, 43% no, 15% unsure – barely a difference between the yes and no responses! Only 20% had considered leaving the profession altogether (rather reassuring to someone just entering it!) and of the total respondents, the 15% who had mostly direct clients (as opposed to agency work) felt the most secure. Their survey also revealed that 49% of respondents did not consider themselves entrepreneurs but rather ‘professionals’, but also that those who labelled themselves in this way were less likely to respond that the recession had affected them negatively. Of the reactions to recession that were considered positive, the following were featured; adding new skills (such as editing or proofreading), working for direct clients (rather than agencies or translation companies), and specifically targeted CPD (which enabled an increase in rates).

There were many more fascinating sessions and I shall certainly be signing up for next year’s conference. As one of the speakers pointed out, as a freelancer it is very easy to end up hiding behind your computer and desk – but I find that these opportunities to ‘put the face to the email address’ are both vital and highly rewarding. 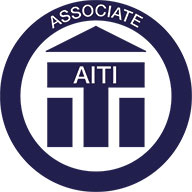